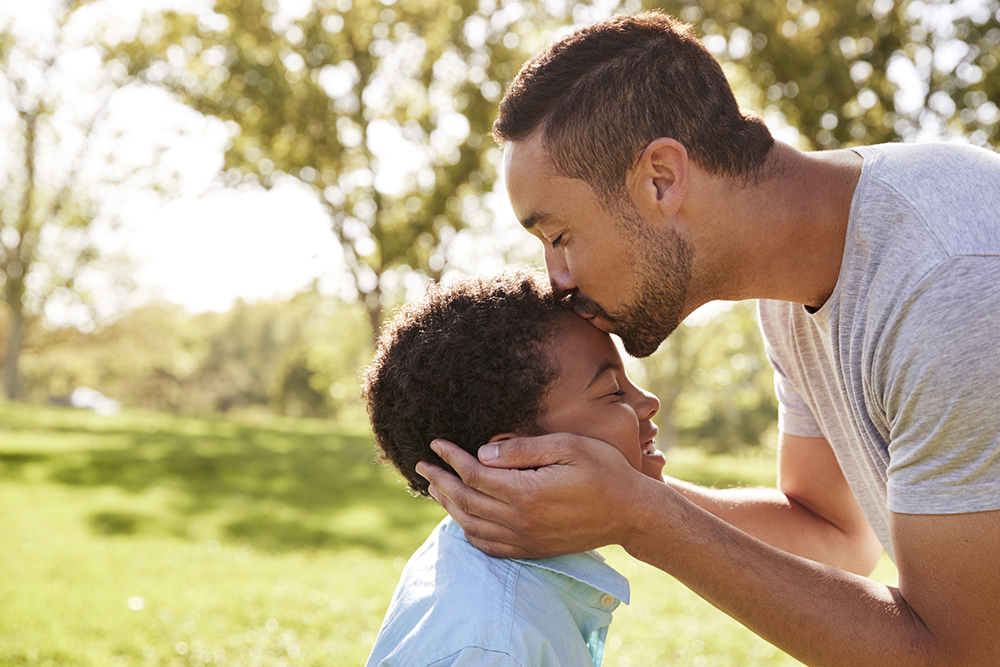 Research tells us that children with engaged and supportive father figures are healthier and happier, and do better at school and in life.

With Father’s Day behind us, many of us either celebrated the fathers we have, or yearned for the ones we do not.  Several factors shape the ways men engage with their children, however there are key developmental stages in childhood that depend on positive male connection of some kind. We need a societal shift that recognises the value of positive and consistent role models as a crucial force in a child’s life.

Positive male role models of all kinds, play an important part in the shaping of humanity through the causeway of childhood. Unfortunately over the years, the role of the father figure has been somewhat diminished. All too often, traditional and western attitudes minimise the involvement of men in child rearing, but their paternal presence has the power to make a dynamic impact on childhood. In fact it begins pre-birth, and so, perhaps this is where we should begin.

Dad’s involved from the start

A dad’s connection to the pregnancy, the birth process and the early stages of infancy is a touchstone that promotes a positive ‘father effect’ later on. In recent years research suggests that the earlier a dad gets involved, the better.

Participation in these fundamental milestones is when the groundwork for connected fathering may begin, and its importance cannot be overstated. For example, there are proven benefits to practising skin-to-skin time for Dads and their newborns too. It directly affects the attachment relationship.  This multi-sensory experience elevates oxytocin levels significantly in infants, mothers and fathers. It enhances paternal bonding, feeling more confident as a father, and encourages a surge of protectiveness from father to child. In fact, Dads can pass on the same benefits as Moms.

This illustrates that when dads are engaged in the lives of their young children, there is a profound impact on the child’s well-being. Contributing biologically, however, does not necessarily make a man a father.

While children with absent fathers may experience behavioural and societal challenges, it doesn’t have to be that way. A positive male role model can take many manifestations. Uncles, teachers, grandfathers, principals, brothers and mentors can also be the father figures children need. Ultimately what truly matters is an engaged brotherhood caring for and enriching the childhood experience.  The presence of a single nurturing male can be pivotal to a child’s development.

Many South African children live in a home without a father – according to Statistics South Africa’s 2016 Community Survey, 64% of households have an absent biological father. And approximately 50% of the South African men who are estimated to be fathers, do not have daily contact with their children (Richter & Morrell, 2008).  It’s important to note that the mere presence of a man in a child’s life is not enough and  men’s engagement should be measured on involvement instead of physical co-habitation. Being around is one thing; being engaged is another.  Having a toxic father figure has a long list of negative implications, while engaged, loving and supportive men help to shape resilient, healthy and happy children.

Researchers estimate that 2.13 million children in South Africa are fatherless, which is an immense challenge for our children and our country. According to The Fatherhood Project, children who feel a kinship to their male role models are twice as likely to enter university and find secure job opportunities; 75% less likely to have a teen births, and 50% less likely to experience multiple depression symptoms.

Society needs responsible father figures more than ever. We all need to realize and redefine the joy of fatherhood and  to challenge the common narrative that child rearing is women’s work. Men need to step into their greatness as role models and fathers and in so doing, experience the joy of raising children to become the best versions of themselves.

Encourage family and friends to build a better Knysna by sharing the love!

Join the KILT community and help us build a better Knysna for all. Get the latest reports, articles and news. Your support can help build our children’s dreams.

Stay informed and help build a better Knysna for all